One night in July 2004 I was chatting to my mate Rob online. I knew nothing about cars. I didn't even have a licence. He showed me some pics of an RX-7 and somehow he convinced me that it would be the right car to buy. After about 15 minutes I had secured a loan with my mum, 3 days later I had booked tickets to fly from Melbourne to Sydney to get my dream car.

The time between booking these tickets and leaving was packed full of research. I read pretty much every post I could on rx7club 1st gen section trying to learn as much as I could about what I should check for in buying an rx7. I also went through the 2nd gen part of the site too, as this car was fitted with a Series 4 13B.

These are the original photos from the ad posted on carsales.com.au. The body was immaculate, paint in very good condition and straight as. 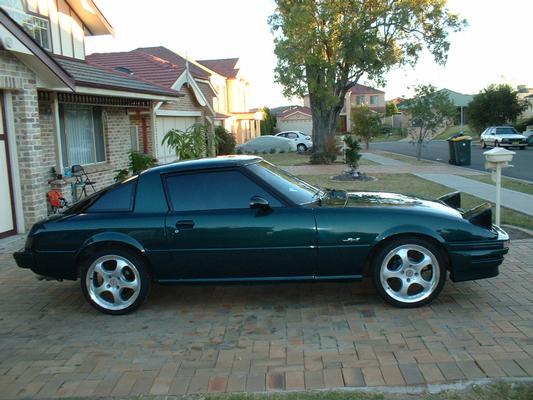 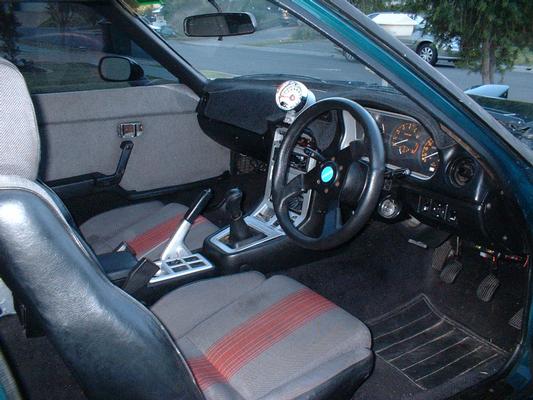 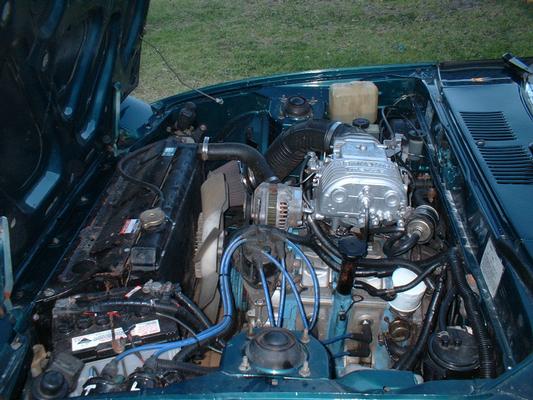 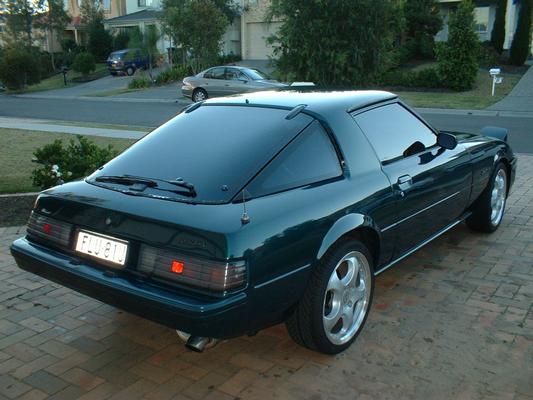 We arrived in Sydney and after some trouble with their rail network. After speaking with numerous drunk loiterers we were greeted by a bassy growl. Rob and I packed into the back of the tiny car.. I had never thought about the space issue, but Ateel had a mate in the car too so Rob and I both taller were crammed in the back :)

Due to me not having a licence, the test drive was up to Rob... plus due to Ateel having lost his licence, his mate was driving hehe. He had one last drive home in the green machine before we signed a receipt and headed off :)

Full thread of photos from our trip to Sydney and buying the car and driving back! http://photos.pw.cx/sydney2004

The drive back was great. It was ridiculously loud we had to buy earplugs! The people at the motel commented on its loudness as well, and at all costs we avoided police lol. A number of people wanted to buy it on our drive home, and it certainly got a lot of attention!

I remember I was pretty nervous leaving the car anywhere. At that time it was the largest investment I had made into anything, I didn't like the idea of leaving it in a car park. I'm still pretty selective about where, when and how long I leave the car somewhere :P